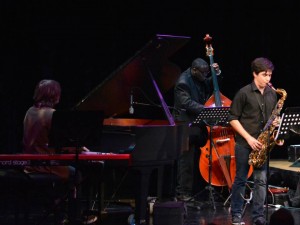 Aaron Lehrian, born on November 12th, 1994, is a pianist from Seminole, Florida. Beginning at age five, he began taking piano lessons from his grandmother, Linda Lehrian, and later took from local pianist and educator, Dr. Duncan MacMillan. He immediately took a liking to the piano and began learning pieces from the classical repertoire. After taking some lessons in improvisation from Kenn Mann and joining the Seminole Middle School jazz band, Aaron fell in love with jazz. He soon began to listen to a plethora of recordings, absorbing the tradition. He continued in the jazz band at Seminole High School, and eventually joined the jazz program at Ruth Eckerd Hall on a full scholarship. Through this program, he had the opportunity to study under Frank Williams and perform at such venues as the Clearwater Jazz Festival and the Lakeside Jazz Festival. 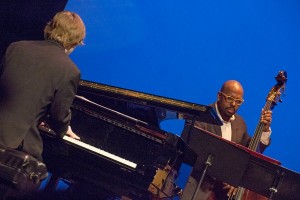 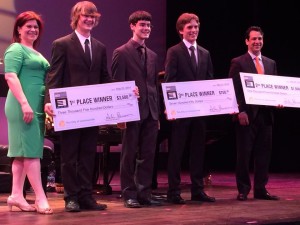 Aaron currently attends the University of North Florida on a music and academic scholarship. Studying under Lynne Arriale, he has further explored the tradition, and has gained a deeper understanding of the jazz idiom. He currently plays in two of the jazz combos, the concert band, and the top big band, Jazz Ensemble 1. With JE1, Aaron has performed alongside such artists as Randy Brecker, Christian McBride, Christian Sands, Ulysses Owens Jr., Wallace Roney, Alon Yavnai, and numerous others. He also began playing regularly with the Jacksonville Symphony Orchestra, in concerts with Jack Everly, John Mueller, Ray Anthony, Jay Richardson, Rob Evan, Shem von Schroeck, and Micah Wilshire.